Fidel Castro, the Cuban revolutionary leader who built a communist state on the doorstep of the United States and for five decades defied US efforts to topple him, died on Friday. He was 90.

“The commander in chief of the Cuban revolution died at 22:29 hours this evening,” his brother, President Raul Castro, his brother, announced with a shaking voice on national television.

He ended the announcement by shouting the revolutionary slogan:  “Hasta La Victoria Siempre!” (Towards victory, always!)

Castro had been in poor health since an intestinal ailment nearly killed him in 2006.

His brother said the revolutionary leader’s remains would be cremated early on Saturday, “in compliance with his expressed will.”

The bearded Fidel Castro took power in a 1959 revolution and ruled Cuba for 49 years with a mix of charisma and iron will, creating a one-party state and becoming a central figure in the Cold War.

He was demonised by the United States and its allies but admired by many leftists around the world, especially socialist revolutionaries in Latin America and Africa.

Transforming Cuba from a playground for rich Americans into a symbol of resistance to Washington, Castro outlasted nine U.S. presidents in power.

Watch | A look at the life of Fidel Castro

He fended off a CIA-backed invasion at the Bay of Pigs in 1961 as well as countless assassination attempts.

His alliance with Moscow helped trigger the Cuban Missile Crisis in 1962, a 13-day showdown with the United States that brought the world the closest it has been to nuclear war.

Wearing green military fatigues and chomping on cigars for many of his years in power, Castro was famous for long, fist-pounding speeches filled with blistering rhetoric, often aimed at the United States.

At home, he swept away capitalism and won support for bringing schools and hospitals to the poor. But he also created legions of enemies and critics, concentrated among Cuban exiles in Miami who fled his rule and saw him as a ruthless tyrant.

In the end it was not the efforts of Washington and Cuban exiles nor the collapse of Soviet communism that ended his rule. Instead, illness forced him to cede power to his younger brother Raul Castro, provisionally in 2006 and definitively in 2008.

Nicolás Maduro, president of Venezuela, hailed his legacy. “To all the revolutionaries of the world, we have to continue his legacy and his flag of independence, of socialism, of homeland,” he said.

Mexican President Enrique Pena Nieto tweeted: “I lament the death of Fidel Castro Ruz, leader of the Cuban revolution and emblematic reference of the 20th Century,” he said on Twitter.

“His troops inflicted the first defeat on South Africa’s troops in Angola in 1988, a vital turning point in the struggle against apartheid.”

How Havana has reacted

In the capital, the death caught many people by surprise in the early hours of the morning. In Old Havana, people gathered around their radios, listening to state-run stations play revolutionary anthems and recite facts about Castro’s life.

Carlos Rodriguez, 15, was sitting in Havana’s Miramar neighbourhood when he heard that Fidel Castro had died.

“Fidel? Fidel?” he said as he slapped his head with his hand in shock. “That’s not what I was expecting. One always thought that he would last forever. It doesn’t seem true.”

“It’s a tragedy,” said Dayan Montalvo, a 22-year-old nurse. “We all grew up with him. I feel really hurt by the news that we just heard.”

Havana student Sariel Valdespino said he was “very upset”. “Whatever you want to say, he is public figure that the whole world respected and loved.”

Mariela Alonso, a 45-year-old doctor, called the retired Cuban leader “the guide for our people.”

“There will be no one else like him. We will feel his physical absence,” she said.

In the US, however, expat Cubans in Miami took to the streets to celebrate news of the death, cheering, honking their car horns and banging on pots and pans. 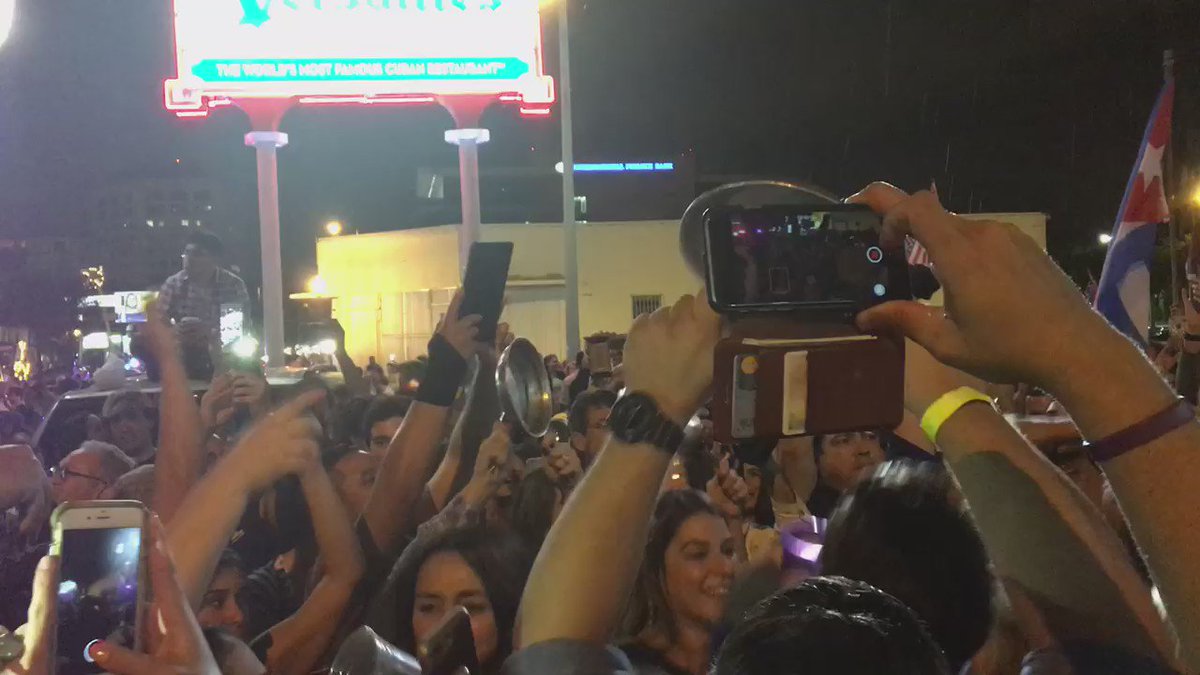 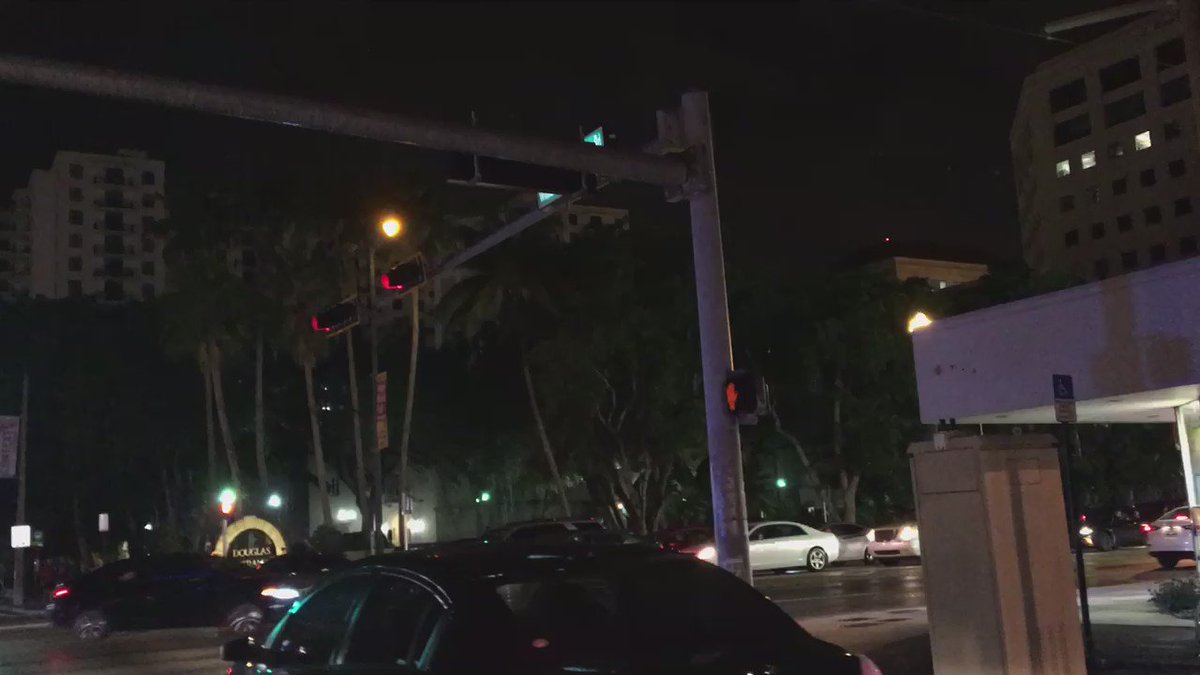 Horns can be heard all throughout Little Havana tonight. #WEBN

How the internet is remembering Castro

After so many false death reports, Fidel Castro often joked no one would believe it when he actually died.

Castro was our enemy and rightfully so. He made life miserable for many people and for many years. My friends in Venezuela will attest.

#Castro left Cuba with free healthcare,free schools, and not a single street in his name or a single statue in his honour. 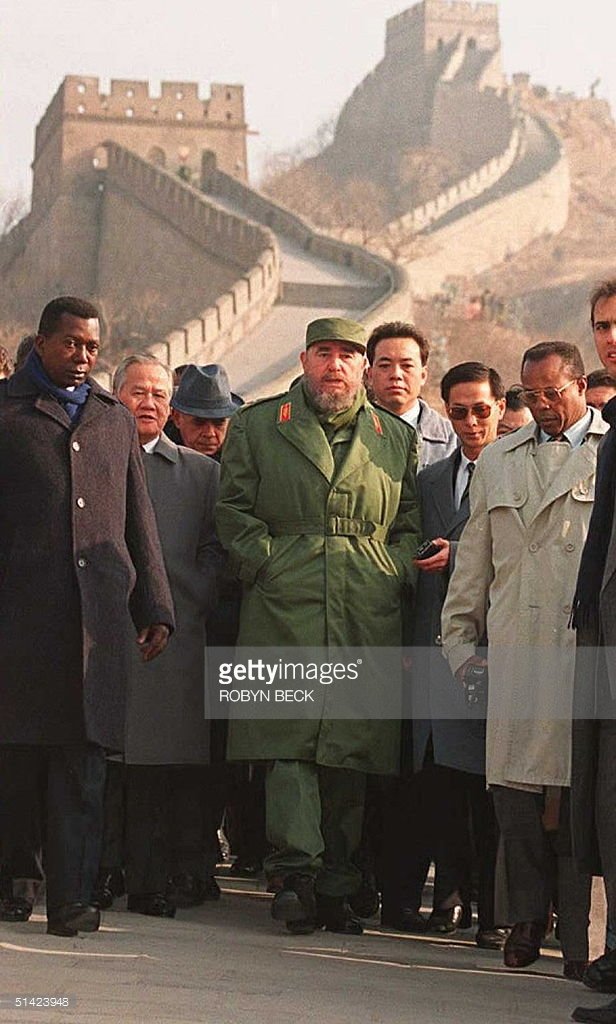 Although Raul Castro always glorified his older brother, he has changed Cuba since taking over by introducing market-style economic reforms and agreeing with the United States in December to re-establish diplomatic ties and end decades of hostility.

Six weeks later, Fidel Castro offered only lukewarm support for the deal, raising questions about whether he approved of ending hostilities with his longtime enemy.

In his final years, Fidel Castro no longer held leadership posts. He wrote newspaper commentaries on world affairs and occasionally met with foreign leaders but he lived in semi-seclusion.

His death – which would once have thrown a question mark over Cuba’s future – seems unlikely to trigger a crisis as Raul Castro, 85, is firmly ensconced in power.

Still, the passing of the man known to most Cubans as “El Comandante” – the commander – or simply “Fidel” leaves a huge void in the country he dominated for so long. It also underlines the generational change in Cuba’s communist leadership.

Raul Castro vows to step down when his term ends in 2018 and the Communist Party has elevated younger leaders to its Politburo, including 56-year-old Miguel Diaz-Canel, who is first vice-president and the heir apparent.

Others in their 50s include Foreign Minister Bruno Rodriguez and economic reform czar Marino Murillo.

The reforms have led to more private enterprise and the lifting of some restrictions on personal freedoms but they aim to strengthen Communist Party rule, not weaken it.

“I don’t think Fidel’s passing is the big test. The big test is handing the revolution over to the next generation and that will happen when Raul steps down,” Cuba expert Phil Peters of the Lexington Institute in Virginia said before Castro’s death.

A look at the life of Fidel Castro

Watch | A look at the life of Fidel Castro

“We don’t need the empire to give us anything’

Fidel Castro’s death comes as relations have thawed between Cuba and the US, to which he responded:

“We don’t need the empire to give us anything.”

Castro led a coup in 1959 to overthrow the regime of the US-backed former Cuban president Fulgencio Batista, and remained hostile to Washington throughout his life.

‘Commander in chief of the Cuban revolution died’

“The commander in chief of the Cuban revolution died at 22:29 hours this evening.”

Fidel Castro has been suffering from intestinal problems since the early 2000s. In April, he told politicians that he would die soon but that the revolution’s ideals would live on.

Fidel Castro, the Revolutionary Cuban icon, has died at the age of 90. His death was announced on Cuban state-run television by his brother, current Cuban leader Raul Castro.